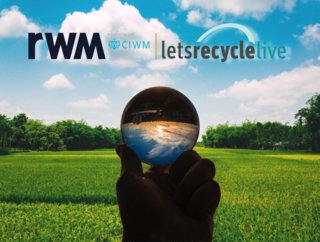 During the RWM and Letsrecycle Live trade shows at the NEC, Birmingham, on 14th September, Heather Plumpton, policy analyst at environmental thinktank Green Alliance, drew attention to the lack of data in bringing about a viable circular economy infrastructure for recycling and manufacturing.

“We don’t necessarily know at the moment where the materials are in the economy to make that business case or that investment plan,” she said. “We don’t know where the stocks of lithium are going to be or where they are even now.”

This lack of data is tantamount to lack of transparency, which is a major barrier to attracting investment towards a circular economy.

The panel discussion was chaired by Jacob Hayler, executive director of the Environmental Services Association (ESA), and also featured; Mike Tregent, advisor at the Environment Agency; and Ioanna Kyriazi, senior consultant in waste and resource management at Ricardo.

The chair disclosed that the government had indicated it was to create a national materials data hub prior to the Covid-19 pandemic, which had since “disappeared”. He noted similar data hubs already existed in places such as Taiwan, and expressed that if net zero ambitions were to be achieved in any realistic manner, it was necessary to set one up in the United Kingdom, failing which, data obscurity would thwart such ambitions.

A national materials data hub was “absolutely essential” for attracting private investment, said Plumpton, because “you can’t make a business model without information about what materials are going to be where - and when.”

Mike Tregent of the Environment echoed the critical importance of data in achieving circularity, and when considering it in relation to critical minerals, stated “without the data we can’t implement the strategy”.

The UK government published the first ever critical minerals strategy this past July, in a bid to support the resilience of supply chains and “seize on the economic opportunities of growing industries”, such as electric vehicle manufacturing and offshore wind.

The strategy, however, could “fail” without better data, Tregent warned. “Initially it’s about how much we have got in circulation, how much is coming in and how much is going out,” he said.

“I think there’s a shared frustration that we really want to get a national materials data hub set up, because without the data we can’t implement the strategy.”

The Environmental Services Association is the trade association for private waste management companies. Looking at the contribution the waste management sector could make to net zero, Hayler said: “We tend to get overlooked in our sector because when emissions get reported they just focus on the landfill bit of the industry. They never notice all the other stuff we do: all the transport, all the recycling, all the treatment.”

Collectively, Hayler said that all the different activities across the waste sector emitted about 35mn tonnes of CO2 in 2018, representing a total of 8% of UK emissions. Of this, recycling, sorting and processing represented the “largest proportion” of those emissions, at around 15mn tonnes.