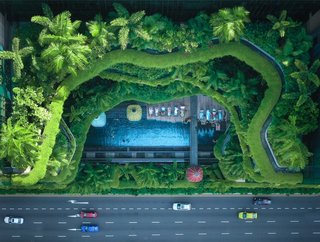 Corporations in the Asia Pacific region are set to contract a record 7GW of renewable capacity by this year, according to Kyeongho (Ken) Lee, Principal Analyst, Asia Pacific Power & Renewables at Wood Mackenzie.

The rise amounts to an 80% increase since 2021, as markets emerge from the economic fallout of the pandemic.

The sharp increase in demand in renewables is, to some extent, due to decarbonisation commitments in the region, as several mechanisms from culture to policy align to make corporate renewable Power Purchase Agreements (PPAs) increasingly attractive.

However, this is only part of the story, and on its own, apparently insufficient to account for the pronounced energy shift.

In an attempt to identify the more likely source of this boom in corporate renewable procurement, Lee states: “The levelised cost of electricity (LCOE) for utility-scale solar, commercial solar and onshore wind has fallen by 4.9 percent, 14.2 percent and 8.6 percent respectively since 2019.

“In the same period, LNG (Liquefied natural gas) has become 2.4 times more expensive. The price of crude oil has more than doubled. And coal has become more than four times as expensive. As a result, renewable power costs are 46 percent below average industrial end-user tariffs in 2022.” It is true that the rise in ESG considerations across the corporate world is, again - to some extent - shifting the ground in terms of the status quo, and where companies have been reluctant to make the shift, inducements in the form of triple-bottom lines arguments, and compliance-driven red-flagging have attempted to set the ball in motion.

The difference between the former, and the latter, is that one appeals to people and planet as well as profit, while the other is more akin to a type of economic coercion, or shall we say, enticement?

APAC follows suit. If Lee and Wood Mackenzie are correct, then it seems that the most successful argument for bringing about a carbon-neutral economy, may in fact be - as classically conceived - an economic one.

Appeal to profits, is the major factor in this shift in the APAC region.

The change has led to an almost doubling of the procurement of corporate renewables in a very short time frame - and has, through appeal to bottom lines, achieved in a matter of months what triple-bottom line arguments have failed to achieve in years.

This may be an opportunity for international organisations and policy makers who are serious about people and planet, to 'transform' (there's a word we love to hear), their methods of appeal, and their strategy for corporate-ecological change.

Rising prices in carbon-fuels, and falling costs of eco-friendly alternatives is driving the change, and this is undeniable.

"However, wind has been catching up since 2020 and accounted for 44 percent of new contracts in the region in the first half of 2022.”