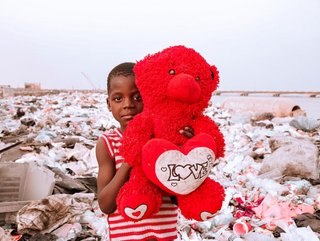 In the alarmingly recent past - furniture - were a category of goods that had a negligible purchase turnover, and once bought – probably at some point during the late 20th century – that wardrobe that stood in grandmother's bedroom would have been there for decades.

But now, as consumer goods become readily available and much cheaper to buy, they are thrown out at increasingly higher frequencies with disasterous ecological ramifications; and the landfills heave with all manner of discarded fitments.

A Guardian article entitled ‘The mattress landfill crisis’, reported that 18.2 million mattresses are thrown away every year in the US alone, with only 56 facilities available to recycle them.

But the problem is global.

At the recent London Design Festival, a panel discussion on designing for a circular economy heard Chief Creative Officer for Ingka Group, IKEA Retail, Marcus Engman, assert: “Changing consumer behaviour is one of the ways to fix this problem.”

Some consumers may feel this to be an unfair assessment, since companies should be taking more of the responsibility as they are the ones manufacturing and distributing the products in question; and so are the ones whose activities are having a direct ecological impact.

But this is an incomplete picture of the problem.

Engman qualified his statement on this point as it related to circular economies: “It’s not enough to educate consumers to adopt circular behaviour patterns.

“They also need the facilities and infrastructure to actually behave with a circular mindset. So instead of discarding old furniture and mattresses in landfill, customers can return them to us for creating new materials out of low value waste.

“We’re moving into a future where waste is the raw material. It’s about designing from the bottom up, and thinking in components,” he explained.

At an industry event earlier this year, Moët Hennessy, Volvo, and aircraft equipment manufacturer Safran discussed how they are utilising the circular economy to help reduce Scope 3 emissions.

In part, they realised that applying circular economy strategies could reduce overall emissions by 55% by 2050.

Consumer behaviour is invariably of course, linked to awareness of the consequences of consumption.

On the level of social consumption behaviours, Belinda Miller, insight director at Corporate Culture, thinks that on the ‘awareness front’ although campaigns have a role to play, they don’t work in isolation.

“National campaigns are effective at winning over hearts and minds, or as a call to action, but more targeted messaging is also needed to change behaviours,” she says.

On the corporate responsibility for circular economies side-of-the-coin, some of the largest companies are finally starting to make some serious changes.

For instance, Moët Hennessy’s Golden Seeds project helps to ensure that liquids extracted from the harvesting process are reused and recycled across other operations and projects. Moët Hennessy has made great strides – but progress on emissions is traditionally harder to come by in other industries, where Volvo Group and Safran stand out as pioneers in the circular economy conversation.

Another example would be that Volvo is working alongside two key partners as part of its ‘green steel’ project', taking surplus green hydrogen already being used to construct the steel, and using this to power filling stations and vehicles.

Meanwhile, Safran is recycling 60% of its raw materials used for titanium and nickel alloys thanks to an investment into EcoTitanium® – the first European plant to develop aeronautical grade titanium alloys through recycling. Their plant is already beginning to produce titanium ingots from scrap collected from the company and its subcontractors.

The coin-flip of culpability for ecological destruction is in reality, erroneous and unfair. There is no demand without supply, true; but there is equally no supply, without demand.

Both consumers and corporations need to work together and collaborate towards driving the circular economy and related environmental behaviours forwards.

On this very issue, SAPs news centre has commented:  “A circular economy isn’t just about fixing environmental wrongs; it is about making sustainability profitable and profitability sustainable across industries, sectors, and lives.”