New procurement strategies for the commercial use of drones 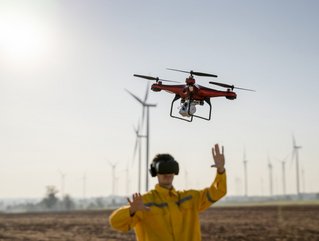 As the Indian government announces plans to become the world’s leading drone manufacturer, we consider the technology's commercial uses in various sectors

As of March 2021, China-based company DJI was the world’s leading drone manufacturer with a market share of 76%. At the start of 2022, the Indian government informed the Drone Certification team of the country’s aim to become ‘drone hub of the world’ by 2023.

With a global market valued at US$24.39bn, being the world-leading marketplace for unmanned aerial vehicles (or 'flying PCs') would have a transformative impact on India’s technology industry. Already this year, the Drones Federation of India has held multiple discussions with the government’s transport ministry to put a large-scale procurement framework in place.

“There is a need to strike a balance between capability, cost and competitiveness for using drones on a large scale. A clear guiding principle on this will ensure that the technology provides the desired results without compromising the quality of output,” said Smit Shah, President of Drones Federation of India.

Drones have featured heavily in the news recently as an important player in the ongoing conflict between Russia and Ukraine. This week they have taken centre stage again, as the Indian government prepares for the technology’s large-scale commercial procurement.

The framework for manufacturing and procuring new drone technology

The new framework to control the safety and quality requirements of drones being manufactured and procured was released by the Ministry of Civil Aviation (MoCA) in India. Suppliers will need to report key details such as weight, speed, launch type and recovery mechanism, while their product is submitted for official certification. The purpose of this is to speed up the production and selling of drones in India. Manufacturers, innovators and researchers alike will be able to use the framework to create more specific products for new markets as they develop.

“The government has been working to establish a world-leading drone ecosystem in India, which will create the physical and digital infrastructure to support safe, efficient and secure access to the Indian airspace by millions of drones”, said the report issued by the MoCA.

The new framework has already caught the attention of multiple start-ups. Drone manufacturer ideaForge, for instance, raised US$20mn in a funding round led by private equity firm Florintree in April. With this funding, the company will continue developing the highest quality drones for defence, homeland security and enterprise purposes.

From disaster relief to crowd control, mapping to the maintenance of power lines, drones have many practical and commercial uses across various sectors. With the devastation that hit communities and businesses across the globe following the outbreak of the COVID-19 pandemic, the drone logistics market soared as the demand for unmanned aircraft technology was realised.

For instance, drones immediately proved useful in the healthcare industry as airborne pick-up and delivery vehicles for medicines and equipment. There has also been much discussion about drones being procured for aerial spraying to disinfect potentially contaminated public areas, as well as to spray crops with pesticides (an area that DJI has already introduced to the UK farming industry).

The growing demand for time-efficient delivery services has also boosted the demand for drone procurement within the supply chain. Many logistics companies like McKinsey are now developing a network of drones for ‘last-mile delivery’, driving the expectation that 80% of all items will be delivered via autonomous vehicles in the future. Since there are multiple business, logistical and environmental benefits, it’s likely that technology companies will continue investing more time and money into developing this commercial usage of drones.

“What parcel delivery could look like is that you have a central place—maybe for all communities—and there’s a street, and you have one drop-off place. There will be robots that basically pick up the stuff from there, bring it to our homes, and put it in our fridges, because we’ll all own robots that make our bed, do the laundry, whatever,” Florian Neuhaus, Partner at McKinsey.

The drone market continues to face cybersecurity issues and some technological barriers. But with the Indian government on board, it’s likely that other countries will soon follow suit and similarly invest in the development of drone technology, for the benefit of non-profit and commercial sectors including the manufacturing supply chain. 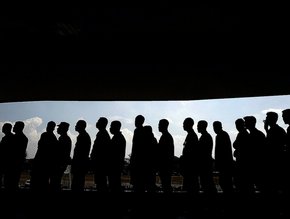 The possibility of achieving circular economies rests on approaches to consumption, and human and corporate behaviour… 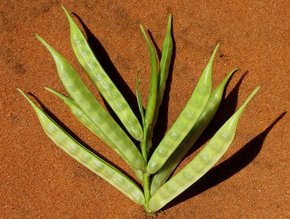 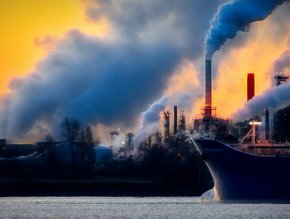 'Together for Sustainability', a group of 37 chemicals companies develops a standardised chemical modelling system to accurately track carbon footprints…

What your outdated CLM is really costing you