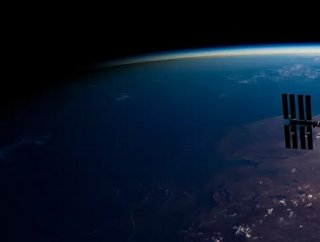 Lunar Pathfinder: the first UK satellite to go to the moon. After the signing of the new contract between the European Space Agency and Surrey Satellite Technology Limited, Lunar will be setting out for the stars in 2024, propelling both UK and European space ambitions forward. The service agreement between the two parties will see Lunar operate for a minimum of eight years in a wide elliptical orbit, initially taxi-ing into space via a US rocket.

The satellite will serve as a relay platform for telecommunications, increasing the communication capabilities between the Moon and Earth. The European Space Agency isn’t currently funding the development of the satellite, but is simply contracted to procure a piece of its relay abilities. It will then apply this to its future endeavours, as well as winning brownie points from NASA as a result of offering up a portion of Lunar information to its American equivalent.

According to the Director General of the European Space Agency, Josef Aschbacher, the organisation is adamant it can steer Europe down a similar procurement route as America, adopting traditional contracting and saving money.

“Europe has to realise that first of all, space is extremely important for the development of a country or a region,” he told the BBC. “I would claim that if you’re not a space power, you cannot be a superpower. We see this best demonstrated in China, which is really using space as a tool to become a major superpower.

“The US, of course, is doing it since a long time. So Europe has to wake up.”

Lunar Pathfinder joins a fleet of projects aiming for the moon before 2030 as space exploration takes off, thanks to the likes of Elon Musk and Jeff Bezos. And Pathfinder is eager to supply a service to all these missions, jumping on the bandwagon and ready to provide bandwidth. And its a pivotal moment for the European Space Agency, which has now adopted NASA’s procurement model - set requirements, offer up seed money for product development, and purchase final service.

Aschbacher continues, “Our procedures are too slow - time to contact, review, the various interactions with these fast-moving companies. This is about internal procedure where I need to work on [the European Space Agency] to be much faster.”