Deforestation in the light of supply chain accountability 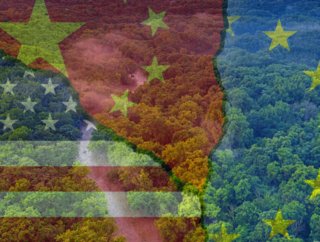 A recent paper published by Chatham House looks at 'forest-risk' commodity supply chains, and the shifting nature of effective oversight in sustainability

If the increase in the global average temperature is to be kept to 1.5 or 2 degrees above pre-industrial levels, halting deforestation and forest degradation is critical.

To solve this crucial and ecologically pulmonary issue, major attention is being given to finding ways to reduce pressure on forests and accelerate the transition to sustainable land-use models. One major priority is tackling the deforestation problem in international supply chains of ‘forest risk’ commodities, which are those agricultural, forest-related and mining commodities associated with deforestation.

In a research paper that was published by Chatham House, Independent policy analyst Dr Alison Hoare, and Research Fellow Dr Thiago Kanashiro Uehara, focused on one group of these forest risk commodities, namely wood-based products, which comprise timber and paper sector products and particularly on those wood-based products that are sourced from tropical forest countries.

Considering the effectiveness of international efforts to tackle illegal logging, the paper focuses on "the suite of measures that have resulted from the EU’s Forest Law Enforcement, Governance and Trade (FLEGT) Action Plan, an initiative adopted in 2003."  These measures are considered to be some of the key policies adopted to tackle the deforestation problem.​​​​​​​ 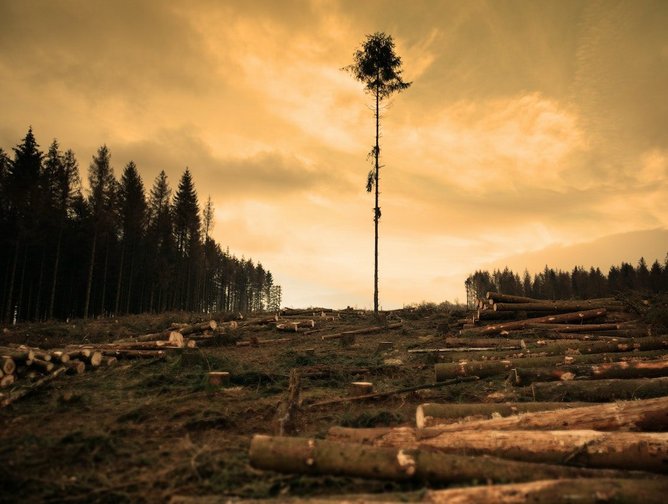 Initially, international policy debates on tropical forests and timber led to a growing awareness of the global scale and impact of the unsustainable use of forest resources. This trend can be traced back to the 1990s. Several initiatives such as certification measures were developed as a result, however their impact "remained limited". Focus then shifted directly to the act of illegal logging, which again, proved mostly futile, which, however served to ultimately raise awareness of the issue and proliferated through public and governmental consciousness leading to the adoption of the EU FLEGT Action Plan in 2003.

This Plan encompasses "a broad set of measures aimed at addressing illegal logging and forest governance, one of its core elements being the negotiation of bilateral Voluntary Partnership Agreements (VPAs) between the EU and timber-producing countries."

Alongside the VPAs, the action plan included commitments "to consider additional legislative options to prohibit the import of illegal timber; encourage voluntary industry initiatives and government procurement policy to limit purchases to legal sources; and encourage financial institutions to scrutinise investments in the sector." Due to its experimental and amorphous nature however, FLEGT was also limited in its effectiveness in improving EU development cooperation. 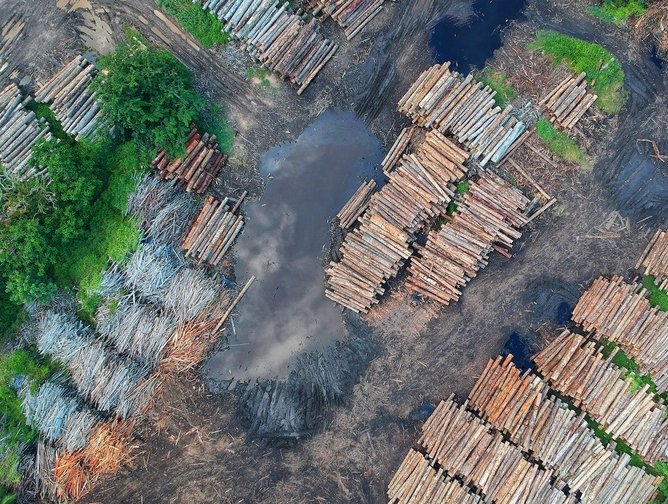 The state of the world's timber trade has transformed since the EU and US, "turned their attention to tackling illegal logging in the early 2000s," and, "they now exert a much less significant influence in global markets." The ramping up of China's production in wood-based products for both export and rising domestic demand, coupled with shifting economic prowess on the global stage, has meant the waning of effective western influence on 'forest-related supply chains'.

The paper states, "China is now by far the world’s largest importer of unprocessed products and the largest producer and consumer of most categories of wood-based products."

Due to these major geopolitical transformations, the responsibility of forest preservation has since, increasingly fallen on private companies, including "the responsibility of companies to respect human rights in their operations and supply chains". Recent debates on the impact of business activities on human rights, as articulated in the UN’s Guiding Principles on Business and Human Rights, (adopted in 2011), reflect this paradigmatic change.

Supply chains and procurement companies are becoming ever-more engrossed in global ecological efforts as well as becoming aware of their increasing roles in issues with clear, ethical ramifications.

It is imperative now, that supply chains and procurement companies reflect this fundamental change, and that transparency and accountability are integral to them.