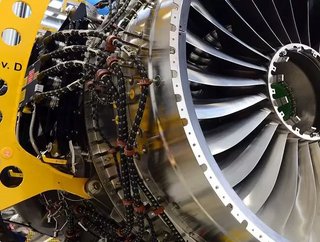 British manufacturer Rolls-Royce procures a US$2.6bn deal with U.S. Air Force as the company agrees to supply engines in a move that boosts shares by 10%

Prestigious British Manufacturer Rolls-Royce has scored a multi-billion dollar contract with the U.S. Air Force in an agreement that has already proved beneficial for the company’s shares. Scouted by the U.S. military, Rolls-Royce has been entrusted to deliver the Air Force’s engines, resulting in the company’s F-130 engine - made in the States - powering the B-52 Stratofortress over the course of the next 30 years.

“With eight engines on each B-52 aircraft, 58 in active operational service plus an additional 18 held in reserve and 12 in long-term storage, re-engining the B-52 Stratofortress is a very big deal to win,” claims Analyst at Wheeldon Strategic Advisory, Howard Wheeldon, impressed with the contract’s scope.

Rolls-Royce’s Indianapolis facility will play host to the development and construction of the company’s F-130 engines, with the new and improved military-grade equipment being trialled on site after the facility’s US$600mn revamp.

“The F-130 is a proven, efficient, modern engine that is the perfect fit for the B-52,” says Chairman and CEO of Rolls-Royce North America, Tom Bell.

Procuring contracts to bounce back post-pandemic

It’s been a bumpy few years for the British manufacturer following a shocking 61% plummet in sales due to the uncertainty surrounding its Trent 1000 engine and, like almost every other business worldwide, experiencing disruptions caused by the pandemic.

But the company is picking itself up and gradually getting back onto its feet, securing high-end deals and procuring big-budget contracts in an effort to bounce back. And with the slow integration of air travel back into society and the economy as Covid vaccinations and no-quarantine holidays pick up, the stock has increased by almost 160% in the past year.

Rolls-Royce’s rebound continues with the 100% sale of its ITP Aero unit for a cosy US$2bn, and the company has now comfortably met its target for disposals set midway through 2020.