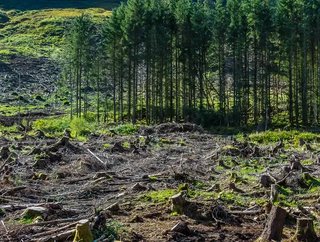 It’s a good day for California. The state has become the first in the US to pass a Deforestation-Free Procurement Contract. The act sees companies responsible for selling forest-risk commodities now required to secure state government contracts to check all sellable goods meet No Deforestation, No Peat, and No Exploitation standards.

The California Deforestation-Free Procurement Act, AB 416, passed the state’s Senate with an impressive vote of 30 to eight in favour of the act’s implementation, and now sits on the governor’s desk awaiting a signature. It has been co-sponsored by organisations Peace 4 Animals, Friends of the Earth, and Social Compassion in Legislation.

Arriving at a time when sustainability and the protection of our environment are in dire need of attention, the new procurement contract requirements are seen as a step in the right direction for America’s environmental endeavours.

“AB 416 would extend California’s environmental leadership to the protection of tropical forests and their biodiverse ecosystem, with many animal and plant species tragically on the verge of extinction due to rapid deforestation,” Assemblymember Ash Kalra said in a statement with World Animal News. “I am proud to author the Deforestation-Free Procurement Act and urge Governor Newsom to sign this first-in-the-nation effort to combat climate change and protect wildlife and their habitats.”

It will also become compulsory for companies in California to guarantee that no damage is dealt to tropical forests or indigenous people during their operations, and products such as palm oil, cattle, rubber, and timber are to be aligned with the standard requirements set out in the act.

Katie Clearly, Founder and President of Peace 4 Animals and co-sponsor of the Deforestation-Free Procurement Act, is passionate about the importance of the act’s implementation, and what this means for the future of the environment.

“If we don’t fight for the protection of critical rainforest habitat, we will lose vital species such as Indonesian orangutans, Sumatran tigers, Javan rhinos, and up to 50 million different species of invertebrates that call our rainforests home.

“We are still fighting and will continue to fight for the protection of our rainforests from deforestation after we witnessed first-hand the destruction of critical habitat in Borneo and Sumatra while filming our second documentary, Why On Earth,” states Cleary, referring to her travels in Costa Rica more than 10 years ago. “Tragically, two-thirds of our Earth’s tropical rainforests have been destroyed or degraded. The California Deforestation-Free Procurement Act will help to aid in the protection of many species on the brink of extinction. We are very hopeful that this important bill will be signed into law by the Governor of California.”