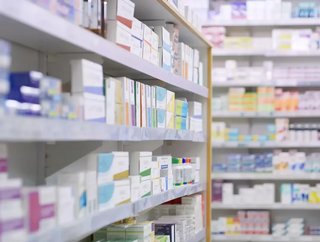 Chinese authorities aren’t playing around when it comes to the country’s new centralised drug procurement programme. North China Pharmaceuticals is the first company to revoke its supply contract, resulting in the business being banned from bidding for bulk-buying procurement for a total of nine months. The move comes after the drugs company supposedly halted its supply of ibuprofen capsules earlier this month, crediting its decision to a lack of capacity and ineffective internal management.

As a result, programme officials have promised to check a company’s past records and contract history more thoroughly to ensure that only the most highly-trusted and widely endorsed businesses are able to take part in the procurement initiative.

“It is the responsibility of pharmaceutical companies to supply the agreed quantity of medicines at the agreed prices,” said the office in a statement. “They should avoid low bids if they cannot supply.”

But officials aren’t satisfied simply by the company’s exit. They are reportedly keeping tabs on North China Pharmaceuticals for occurring supply problems in its other provinces, pledging to enforce further measures should the issues continue.

What is the procurement programme?

Introduced in 2019, the procurement programme has allowed for wider accessibility to drugs and medicines across China, lowering prices and ensuring hospitals no longer overprescribe unnecessary medicines to the public. However, as the cost of a number of drugs in the initiative fall by a whopping 50%, it places mounting pressure onto generic drug makers to compete and match the low prices.

The programme is expected to expand, taking on more suppliers in order to cater for higher demand. But the initiative is keen to prioritise the ability to meet consumer requirements over reduced costs, the cheaper prices second to ensuring supply-demand is met first.

Not one to hang around, the procurement programme has already filled the void left by North China Pharmaceutical’s departure. Zhuhai Rundu Pharmaceutical is set to provide the same drugs offered by its predecessor but at a much lower price.

The country’s ongoing issues such as its healthcare system, environmental protection, increasing costs for raw materials, green energy, and labour all dented North China Pharmaceutical’s profits, the company claims. Last week, the drugs business released its interim results, showing its first-half net profit had dipped 92% to 1 million yuan compared to the year prior.

Following the drugs procurement programme office denying any claims made by the Chinese media that it was sabotaging pharmaceutical profits, North China Pharmaceuticals retracted its contract, clearly unwilling to be associated with the initiative.

“North China’s bidding price was the highest among all the four candidates that were chosen to supply Ibuprofen,” says the programme office, continuing to point out that if the company had chosen to stay in the initiative it could have seen its annual sales rise to 20 million yuan, a vastly significant and highly-valuable improvement in comparison to the 500,000 yuan it had overturned previously. Procurement strategies in the healthcare industry

As the healthcare industry shifts from cost-driven to value-based goals, efficiency and sustainability become top priorities for procurement in healthcare…