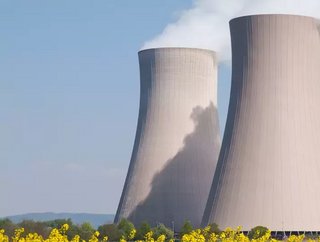 According to Deputy Mineral Resources and Energy Minister Nobuhle Nkabane, South Africa’s ready to acquire a 2,500MW nuclear programme by the close of 2022

South Africa is lagging behind when it comes to sustainability. In 2020, it was ranked 218th in the Global Sustainability Index, largely due to the nation’s reliance on coal as a source of fuel. But that doesn’t mean South Africa isn’t endeavouring to change. Speaking at the International Atomic Energy Agency (IAEA) 65th General Conference, Deputy Mineral Resources and Energy Minister Nobuhle Nkabane announced South Africa’s plans to put forward a proposal for a 2,500MW nuclear programme. And with a target of 2022 and procurement completion flagged for 2024, Nkabane is eager to keep the procurement process moving forward.

According to Nkabane, the National Energy Regulator of South Africa had agreed with a Ministerial section 34 determination regarding the nuclear programme procurement, and 25 companies had responded positively to a request for information from the government.

Nkabane told the IAEA conference, "As we embark on the Just Energy Transition in South Africa, we recognise that nuclear plays a pivotal role as one of the clean energy sources that are needed to achieve net-zero emissions by 2050.

"In June 2020, South Africa issued a Request for Information to test the market appetite for the 2500 MW of nuclear energy and received positive responses from 25 companies that showed an interest in this programme. The National Energy Regulator of South Africa has recently concurred with a ministerial … determination for the procurement of 2500 MW new generation capacity from nuclear energy.

“We plan to issue the Request for Proposal for 2500 MW nuclear programme at end of March 2022 and complete the procurement in 2024 to support the Economic Reconstruction and Recovery Plan and ensure security of energy supply."

Titled the Multipurpose Research Reactor Project, the nuclear programme is progressing at pace, having successfully completed a pre-feasibility report and is all set to replace the pre-existing SAFARI-1 research reactor.

Early last year, the Department of Mineral Resources and Energy revealed plans for the nuclear programme’s procurement. Following the National Energy Regulator’s decision to acquire public comment on the government’s nuclear plans, the project was given the regulator’s backing, and the nuclear programme edges ever closer.

“In line with the nuclear energy policy as we embark on the just energy transition in South Africa, we recognise that nuclear plays a pivotal role as one of the clean energy sources that are needed to achieve net-zero emissions by 2050,” Nkabane acknowledged. South Africa’s new nuclear programme may just push the nation in the direction it needs to be going in regards to its sustainability efforts.