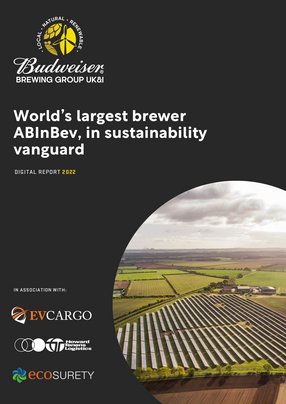 Anheuser-Busch InBev (AB InBev) is the world’s largest brewer, both by volume and revenue. A truly global company with local brewing operations across 150 countries and 170,000 staff worldwide. Businesses don’t get much bigger, and neither do sustainability undertakings.

The organisation continues to grow, following acquisition of a number of US and international craft brewers, including Goose Island, Blue Point, and Camden Town Brewery and is innovating and growing the Beyond Beer category.

But how can an expanding business also be a sustainable one? The answer to this question is: by designing sustainability into plans for growth.

AB InBev’s global headline targets on sustainability were set as far back as 2017, and it aims to achieve these by 2025. Its goals in this area comprise four pillars: Packaging, CO2 Emissions, Water, and Agriculture

In 2021, following the COP26 United Nations Climate Change Conference, it set out a new goal: to become net-zero by 2040.

“We want to lead by example,” says Mauricio Coindreau, Head of Procurement and Sustainability for Budweiser Brewing Group (BBG), the UK arm of the business. “We're looking to become the first major brewer to have carbon neutral operations in all of our breweries in the UK in 2026.

We're looking at many different ways to achieve that commitment.”

Its investments in renewables mean BBG produces more electricity than it needs, which has enabled it to donate to good causes.

BBG is also investing in new technologies, such as green hydrogen with plans to build a first of its kind green hydrogen plant to power brewing and logistics.

Already there is a comprehensive program of projects to reduce brewing emissions, including the world’s largest wort cooler at its brewery in Wales.

Coindreau says the biggest sustainability challenge faced by BBG is its packaging, which accounts for almost 40% of its total CO2 emissions. In 2021 it went 100% plastic ring free and there are ongoing projects to minimise plastic in tertiary. Every year it is taking hundreds of tonnes of plastic out of circulation.

One of its targets is to have 100% of its packaging come from recyclable and reusable materials. But this is easier to achieve in some countries than it is in others, according to Coindreau.

“For example, in the UK, every time someone consumes a drink from a glass bottle, they chuck it in the bin and it goes into recycling,” he says. “But imagine if we could make this a returnable system, so that every bottle gets used maybe up to 30 times. That’s the most sustainable way to package beer, other than a keg. Another way is through renewable electricity, so it is also investing in new technologies, such as green hydrogen.” Such a system requires a high level of collaboration, because the majority of consumers need to be on board. Coindreau says that this is why sustainable drink packaging is a challenge for the entire drinks industry.

“We need to convince retailers and other players in the drink industry to create a single approach, because consumers will respond best if it is easier for them to also participate, which it would be if there was just a single approach.”

“Beyond this, we are also exploring lots of innovations around packaging,” says Coindreau. “Last year for example, we introduced the world's lightest beer bottle, and also a low carbon can.”

‘Smart’ programmes around water and barley

For a brewer of such scale, the main raw ingredients that make up beer – grain and water – also present significant sustainability challenges, which is why the global business, AB InBev, has ‘smart’ sustainability programmes both for agriculture and water.

The goal of its Smart Agriculture Programme is to ensure 100% of its grain farmers are skilled, connected, and financially empowered by 2025.

“Climate change is affecting many of the regions that we work in; we want to minimise those risks and build resistance through crop management,” explains Coindreau.

“We know that, from high-quality crops comes high-quality beer, and so we want to continue working with the same growers. We are taking a farmer-centric approach and supporting sustainable agriculture to help our farmers increase productivity and profitability, and also to efficiently use natural resources, such as soil and water, along the way. It's about giving them access to data, to technology, and supporting them throughout the process.”

Another strand to its Smart Agriculture Programme is to use locally grown crops – as BBG currently does in the UK, where in 2020, all its barley was locally came from British farms..

Beer’s primary ingredient is of course, water, and on this front, AB InBev’s Water Stewardship Programme is vital to its sustainability efforts, because a number of its operations are based in high-water-stress areas, where water availability and quality are issues.

He continues: “Sometimes, this is about helping communities dig wells, or it can be about bringing piped water in from cities. But it is also about reducing the amount of water we use, per beer.”

On that note, in some countries, AB InBev uses roughly two litres of water for every litre of beer it produces. On average, just five years ago, this was as high as four litres.

“It's all about finding efficiencies,” says Coindreau.

Energy efficiency measures are a focus in another area of its business: logistics. The company has a mammoth fleet of delivery and service vehicles worldwide, and its use of electric vehicles – and vehicles using renewable fuel – is a key plank of its drive towards net zero carbon emissions.

For example, the Budweiser Brewing Group, building on previous route optimisation projects to reduce traffic and emissions, recently announced the launch of a sustainable transport initiative with a number of its industry partners, including EV Cargo, which offers solutions around international freight delivery, warehousing and distribution.

The initiative is designed to create modes of transport that can be powered by fuel made from hydrotreated vegetable oil (HVO), a biofuel that can be produced from a range of different vegetable and non-vegetable feedstocks, including used vegetable cooking oil, animal fat residue and ‘tall oil’, a by-product of wood-pulp manufacture

“We have a longstanding partnership with EV Cargo,” says Coindreau. “As a company, this helps you move past operational work and allows you to collaborate on strategic goals, such as finding efficiencies throughout the supply chain, such as with HVO. The next step is green hydrogen. If we're able to power our fleet with green hydrogen, which has no emissions, our supply chain in the UK will truly be sustainable green, end-to-end.”

But Coindreau admits that a lack of charging infrastructure “is has been a problem” with EVs and that “we’re not in complete control of this”.

He adds: “For example, with our solution for green hydrogen we will have filling stations inside our breweries, where trucks pick up the beer. But we also need to convince one of our retailers to add a strategic filling point en route, because this is the only way you can get the range needed.”

For shorter routes, he says, BBG will depend “heavily” on electric vehicles, where the need for infrastructure is greatest.

If the infrastructure is slow in materialising then BBG will fall back more heavily on HVO as a diesel replacement fuel, because this produces 92% fewer emissions than diesel.

Coindreau also says that AB InBev makes the choices that achieve the most sustainable outcomes taking into account all the features of the local environments.

“Electric vehicles will make sense in some countries but in others it might be that rail is the way to go, or green hydrogen.”

Across all its sustainability initiatives, Budweiser Brewing Group places great stock by collaboration with its partners, along similar lines to its work with EV Cargo on fleet sustainability.

Such a key partner is Ecosurety, a company that partners with food and drink brands to ensure sustainability compliance.

“We've been working with Ecosurety for over seven years,” says Coindreau. “They have become an extended part of our procurement and sustainability team.”

“After working together for so many years we've come to see them as an expert in so many areas, such as eco taxes and packaging measures. They are a strategy partner that helps us get a better sense of the ever-changing future.

“It also helps that they are certified by B Corp, which is a global non-profit network helping transform the global economy to benefit all people. So this gives us the assurance they are looking for a better future.

Another of BBG’s ABInBev’s key collaborative relationships is with logistics company Howard Tenens, with whom it has been working for three years.

Coindreau says: “They help us with some of our warehousing, both for materials and finished goods. We've always had a strong working relationship, whereby they're able to provide solutions for the ever-changing flow we're seeing in UK logistics.

“For example, when supply chains were being bottlenecked at ports, they were able to support us massively by bringing their warehouse throughflow to more than 250% of their initial capacity.”

The present is challenging enough around sustainability, but does Coindreau see happening on this front in the upcoming 18 months?

“I think we will see some really interesting solutions come into play,” he says. “Because when we set our 2025 goals in 2017, even though it was early in the game, we had a good sense of what was to come.”

He adds: “Today, we need to be thinking about net zero at 2040, and it will be all about where we are going to find innovation and collaboration across the supply chain to solve global sustainability issues. Every year it funds and mentors entrepreneurs innovating in sustainability via its Accelerator competition. This year one of the winners was a small business working on washing and reusing packaging.

“I think this is a massive challenge for the industry and for the world as a whole. This is the biggest single issue that we will face in the near future. But we are all facing it together, and so we need to come together to find the solutions.”

He concludes: “We're thrilled with the progress we've made on our sustainability goals for 2025, and we’re very excited to continue our work towards a net zero target. Looking forward to a more sustainable future with more cheers” 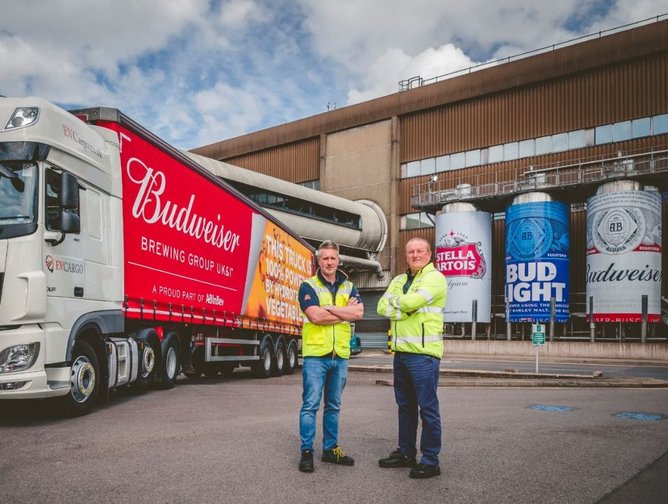 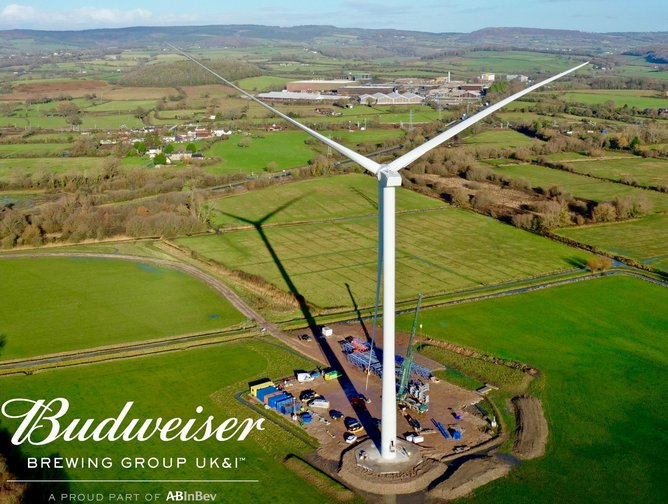 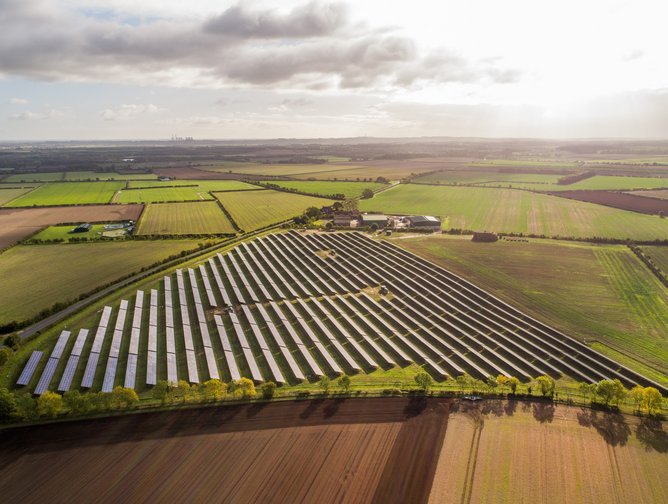 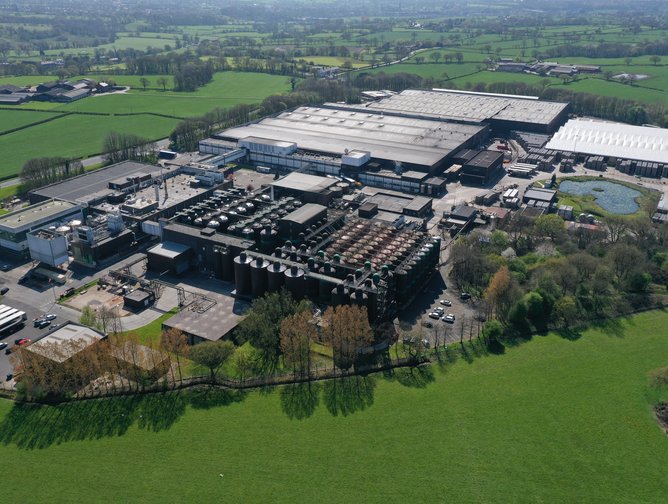 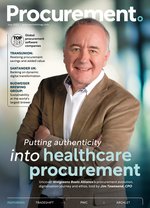