View Full Report
Florian Eineder, Head of Procurement, and his vision of a first-of-its-kind procurement transformation at the private brewery Erdinger Weissbräu...

Between 2004 and 2018, Florian Eineder worked in the solar power, trucking, oil and gas, chemical, utilities, market research and procurement consulting industries. He moved onwards and upwards in the procurement divisions of the world’s most important companies, leading global teams and driving transformation at speed and scale. Even early on a Friday morning, with the weekend firmly in sight, his voice is bright and energetic over the phone, rising to laughter as I ask the obvious question.

“Why did you decide to go and work in a brewery?”

Of the dizzying varieties of beer brewed around the world throughout history, wheat beer has one of the most interesting stories. A passionate beer lover, Eineder chose the brewery that reigns supreme in the wheat beer niche: Erdinger Weissbier.

The roots of wheat beer date back to ancient Egypt. Its properly documented history only began around 500 years ago in the Duchy of Bavaria. At the time, beer made from wheat was quite controversial, as wheat was important to the bread baking process. From 1567 onward, the use of wheat for brewing beer was even forbidden throughout Bavaria. Over time, a number of electoral breweries emerged throughout the country in which the local rulers were allowed to have wheat beer brewed on payment of a special duty. However, it was only when new brewing techniques led to an improvement in the quality of brown beers in the mid-18th century that wheat beer became ‘common,’ and no longer the province of the aristocracy. Noble or common, wheat beer’s spiritual home has always been in Bavaria, where 90% of all wheat beer sold in Germany is brewed. Today, the state is home to more than 1,000 different beer-brands.

The most prominent of those brands, Erdinger Weissbräu can trace its origins back to 1886, the year in which the construction of a wheat beer brewery in the Bavarian town of Erding was first officially recorded. Today, the mid-size brewery produces around 1.8mn hl (2018) of wheat beer per year. Its longevity and success are based on the four cornerstones of the company’s philosophy: quality of the product above all, a dedication to wheat beer, appreciation of the employees and straightforward brand management. Erdinger makes no compromises when it comes to quality, premium ingredients and its passion for Bavaria’s cultural heritage.

Today, as the world becomes an increasingly complex and digitalised place, Erdinger is undergoing a first-of-its-kind procurement transformation. I spoke with Eineder (sadly, not over a stein of wheat beer) about his decision to leave one of the world’s largest consultancies for a 530-person beverage company, how he’s driving a cultural and digital procurement transformation across the more than 130 year old brewing operation, and Erdinger’s new role as the first brewery to implement SAP’s S/4HANA.

Eineder took on the role of Leiter Einkauf (Head of Procurement) in February 2018. “I had this very broad spectrum of experience - all in procurement of course,” he recalls, “but I was not happy with where I was. My last project was outsourcing 7,500 jobs, while the people at the top were making millions. From my perspective, that’s not how it should work. So, I was looking for a company where you can make a difference. That’s how I came to Erdinger. I really like the company’s philosophy – taking care of each other, being close, being one team.” Upon taking the job, he assumed responsibility for Erdinger’s entire external spend. “Everything from hops, barley, wheat, yeast, glass bottles, bottling machinery, glasses, labels, label printers, cases, packaging, trucks, cars, the buildings to put them in, etc - that’s all my team and me,” he explains. “We do actually have our own well at the brewery, so I don’t need to buy the water, which is nice.”

When Eineder arrived at the company, its procurement function was very classical. Purchasing was regarded mainly as a back office function, and its success was mainly tracked by the number of purchase orders made throughout the year and the savings that were negotiated per purchase order. “Having worked for so many different companies in so many different industries, I had seen that everyone is facing more or less the same problems: optimising the external cost position while keeping quality at a high level and increasing the efficiency of the procurement function. The difference is, when you work at a smaller company like Erdinger, you really have to be as effective as possible, as quickly as possible. There’s no time for bells and whistles,” says Eineder. At Erdinger, roles that would be dealt with by a 20-person team in a larger corporation are handled by a single individual; the consequences of decision making are felt faster and more clearly than in bigger companies, leaving little room for error.

Now, Eineder is driving a cultural and digital transformation across Erdinger’s procurement department centred around the integrations of two pieces of enterprise software: SAP Ariba and SAP S/4HANA.

“We’re going to get rid of as many operational activities as possible,” he explains. “There are technical challenges, of course, when it comes to implementing the software, the catalogues, etc, but there’s also a huge mindset change within the whole company that needs to be accomplished.” Digital transformation without a reimagining of culture and business process can never be successful; George Westerman, a principal research scientist at MIT Sloan notes that, “when digital transformation is done right, it’s like a caterpillar turning into a butterfly, but when done wrong, all you have is a really fast caterpillar.” For Eineder to effect a meaningful transformation across the brewery’s purchasing and procurement processes, that mindset change has been essential. “It was and still is important to take every employee with us on this journey,” he says. “We must ensure that digital transformation is seen as an opportunity and a necessity, not as a fashion phenomenon or even as a job destroyer. Therefore, openness, transparency and a lot of communication are non-negotiable.”

In addition to a new procurement solution, perhaps the most disruptive change that Eineder is implementing is the decision to position itself as the most progressive brewery at the forefront of digital innovation with a new, cutting edge ERP. Erdinger worked successfully for many years with its previous legacy system. However, due to the company’s constant growth and the new digital requirements of an ever-evolving world, the system reached its limits; more and more pain points were discovered. This disruption isn’t unique to Erdinger; companies in every sector are faced with legacy processes that are in need of modernisation and optimisation. Erdinger’s growth has, for many years, been driven by the quality and individuality of its product, but the company’s backend processes have not grown in tandem. “The bigger you get, the more difficult it gets to put your processes in order and have a cost effective workforce setup,” says Eineder. Erdinger decided to go with a new ERP system and face this mammoth task. “We’re implementing S/4HANA, which is sleek, modern and innovative. We are the first brewery to do this as a full scale adoption. It’s a showcase project; if it works for us, then all the other breweries are going to start switching over to S/4HANA. We meet the brewery’s demand for innovation which is also evident throughout the departments of the company,” explains Eineder.

Looking to the future, Eineder is excited to be bringing procurement out of the back office and into a place that’s more relevant to the overall business. “Procurement is a driver for all sorts of things: for cost, innovation, risk management, and efficiency,” he says. “Going forward, I want to manage the relationship between internal stakeholders and external supply base in order to generate the most value. I think this kind of orchestrating function is where the procurement department in most companies wants to go.” 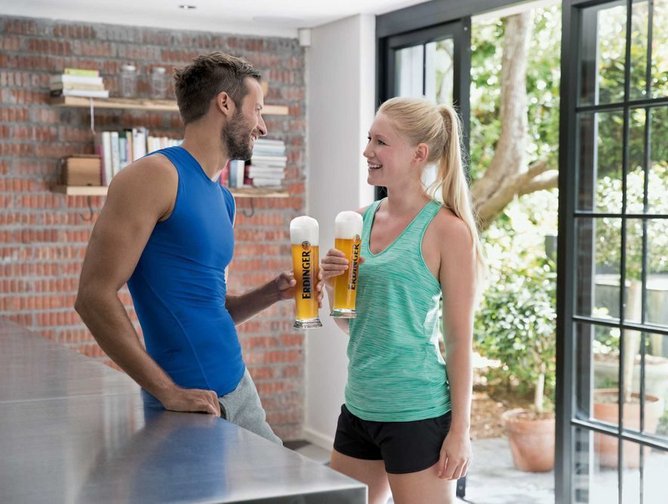 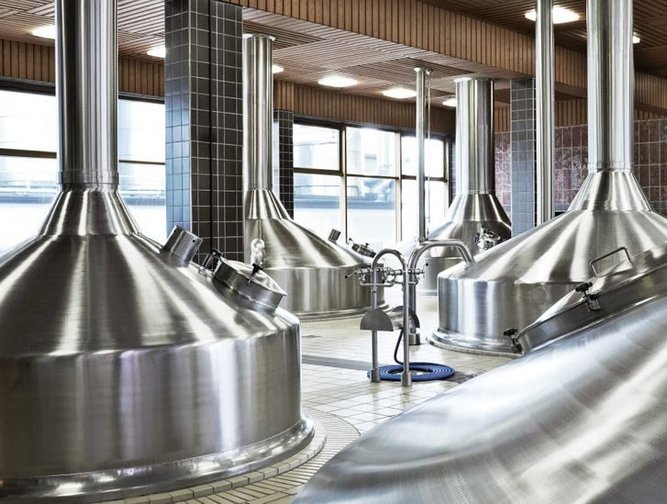