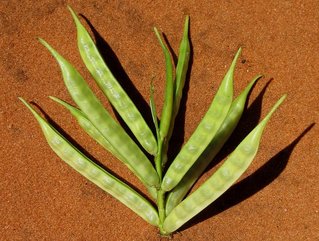 The multinational chemical company Solvay, has achieved a more than 200% yield of 'guar' – also known as the cluster bean – through its Sustainable Guar Initiative. Grown predominantly in India, guar is used in products as uncontroversial as shampoos and conditioners, as well as being an important component in the practice of hydraulic fracturing for oil and shale gas, (fracking). In fact, although about 80% of global guar production occurs in India, rising demand means that only 10% of Indian production is domestically retained, while the remaining 90% is exported for the shale gas and oil industries.

Chief procurement officer at Solvay, Lynn De Proft explained that the challenge stemmed from the guar supply chain consisting of farmers whose crops were aggregated by cooperatives, whom Solvay then bought from. “We had 9,000 farmers on the forefront that were invisible, so the most difficult part was from farmers up to the cooperative. It's really the first mile that is absolutely the most complex.”

Discussing the importance of transparency in supply chains, she said, “we had a very concrete use case for Solvay – our guar supply chain." Solvay launched the Sustainable Guar Initiative back in 2015 and "we really had important results, De Proft says. "We doubled our guar yield, we doubled revenues to farmers, but there were challenges.”

When she first joined Solvay, they only had aggregate data, but she wanted to trace the product "from guar fields to shampoo bottles." Transparency along the entire chain was manifestly successful and stands as another argument for more of the same on a global scale.

On this central issue research carried out by Ernst and Young has revealed that despite supply chain visibility being a “top priority” for execs, only 37% have seen it increase in their operations over the past three years.

This was despite cost savings ranking as the top motivator for improving supply chain sustainability, cited by 61%.

The argument for greater supply chain and procurement visibility is strong, with positive ramifications for everything from efficiency and profit, to ESG and sustainability.